The Stalker fuel tank doesn't have a sender installed when it comes from the factory, so you have to choose one to suit your gauges and then fit it to the tank. It's a job that requires some thought and planning so I'm sharing what I did here. I chose an Auto Meter Universal Fuel Level Sending unit, P/N 3262. I'd ordered it way back after I chose my gauges, probably two years ago, and it's been sitting on the shelf since then. Time to get it installed. I took it into the lab at work and Art and I worked on it Friday night.

The Stalker tank has a couple of features that must be borne in mind when installing the sender. First, it mounts in the chassis at an angle, so the height of the tank must be determined taking this into account. Second, it has two baffles that run across the tank. Neither the float nor the stem of the sender can interfere with these baffles (or any other part of the tank), otherwise the sender won't work properly. 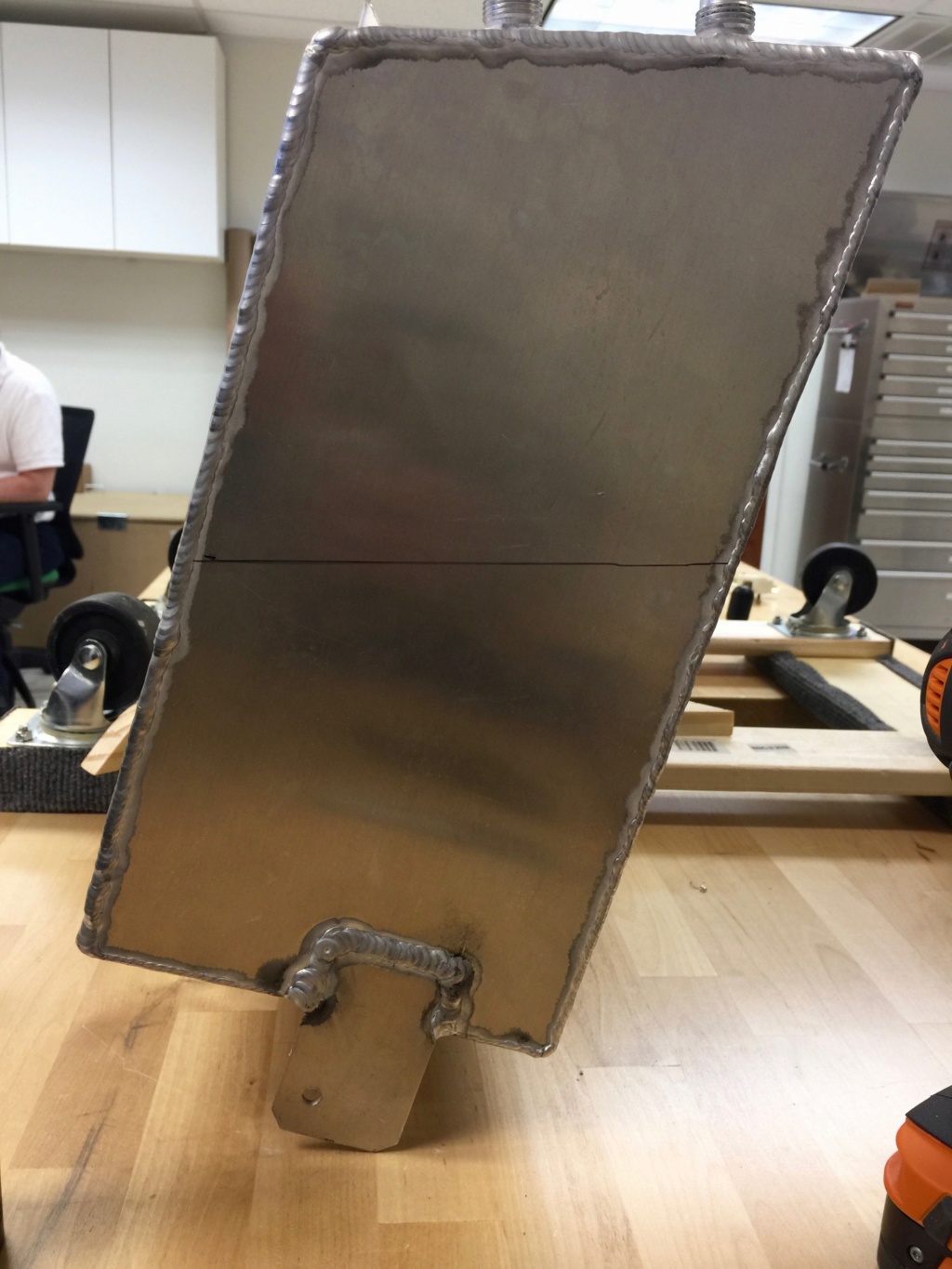 We started by setting the tank on the bench at the same angle it will be mounted at. I ran a centerline across the tank. The vertical drop from the tank top to tank bottom is about 12" in this position. This measurement is important because it will define the full range of travel of the sender. 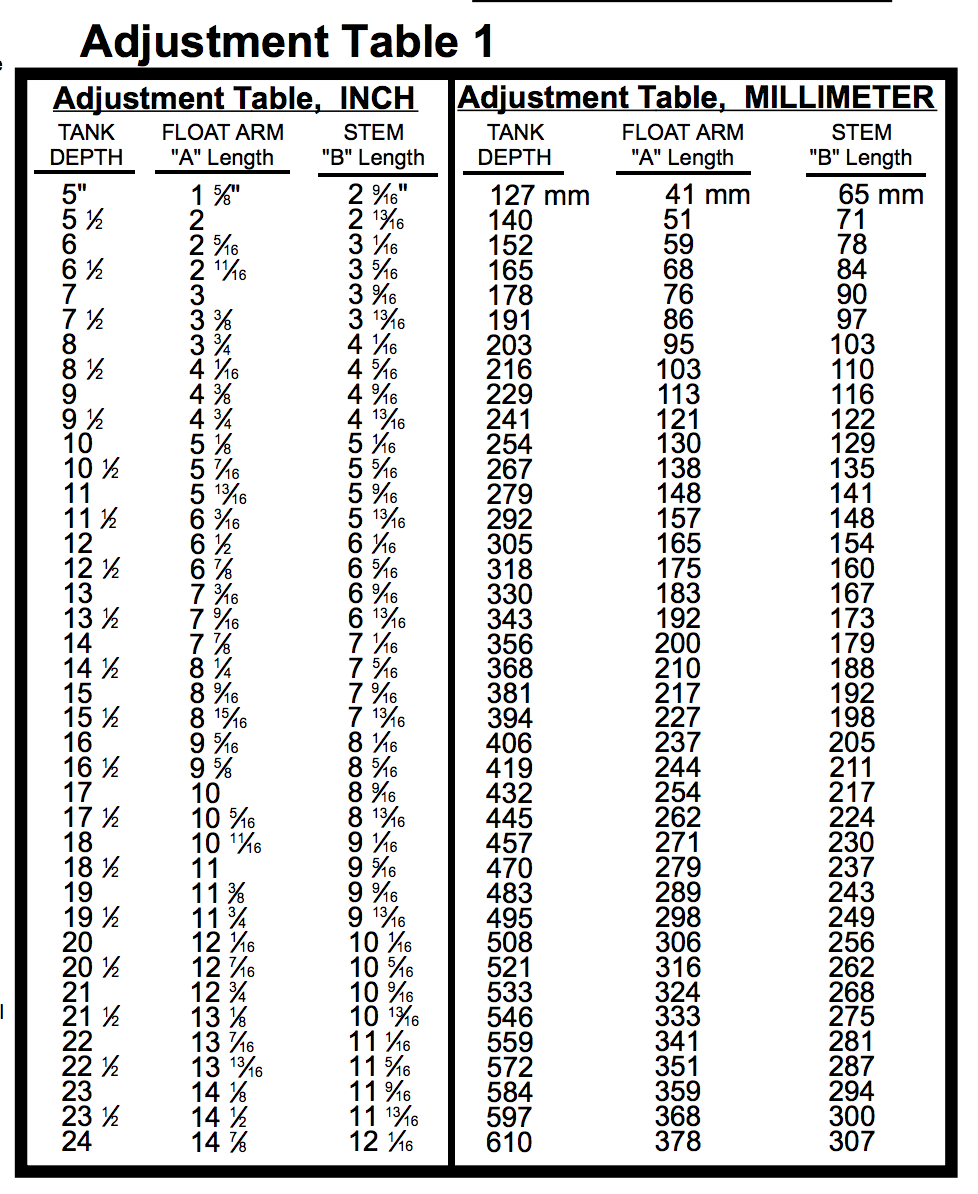 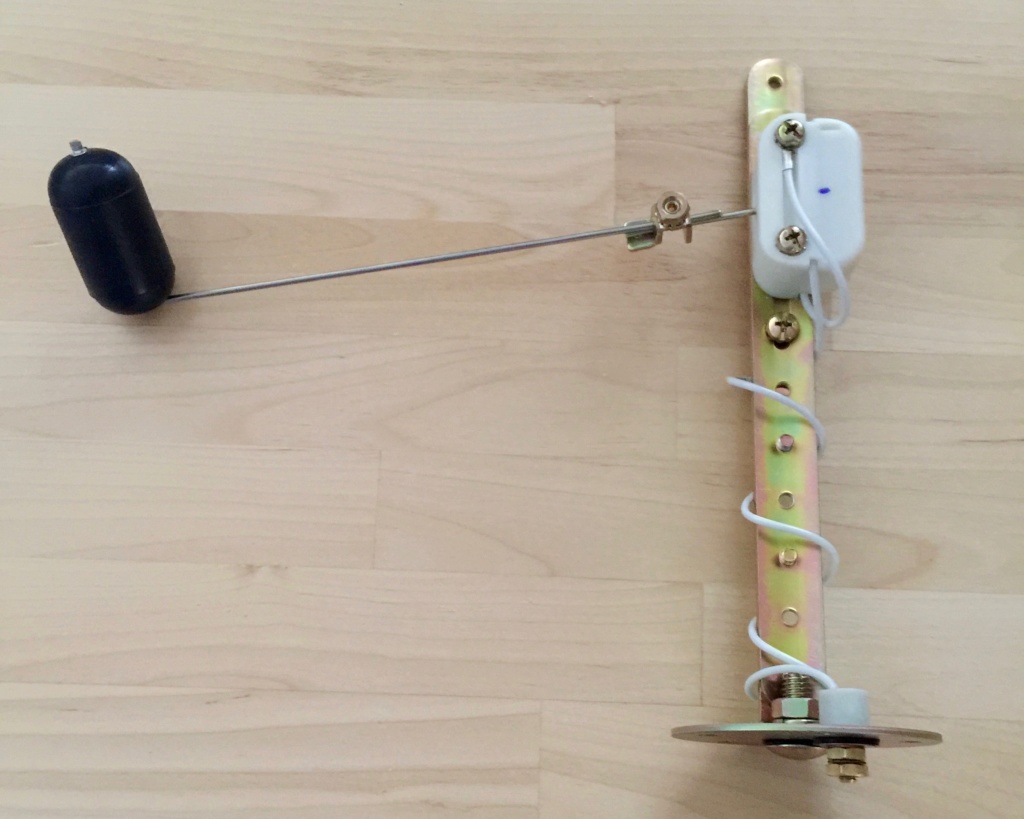 This universal part won't adjust down small enough to accommodate the 6 1/16" stem length required so it needed some modification/trimming and realignment to get it short enough. In fact it still has to be trimmed down a little further but we ran out of time Friday night, but this is within a 1/2" of the final required length.

Note: This trimming was also needed to remove some surplus metal from the assembly that would have prevented the completed sender from fitting through a 1 1/2" hole. 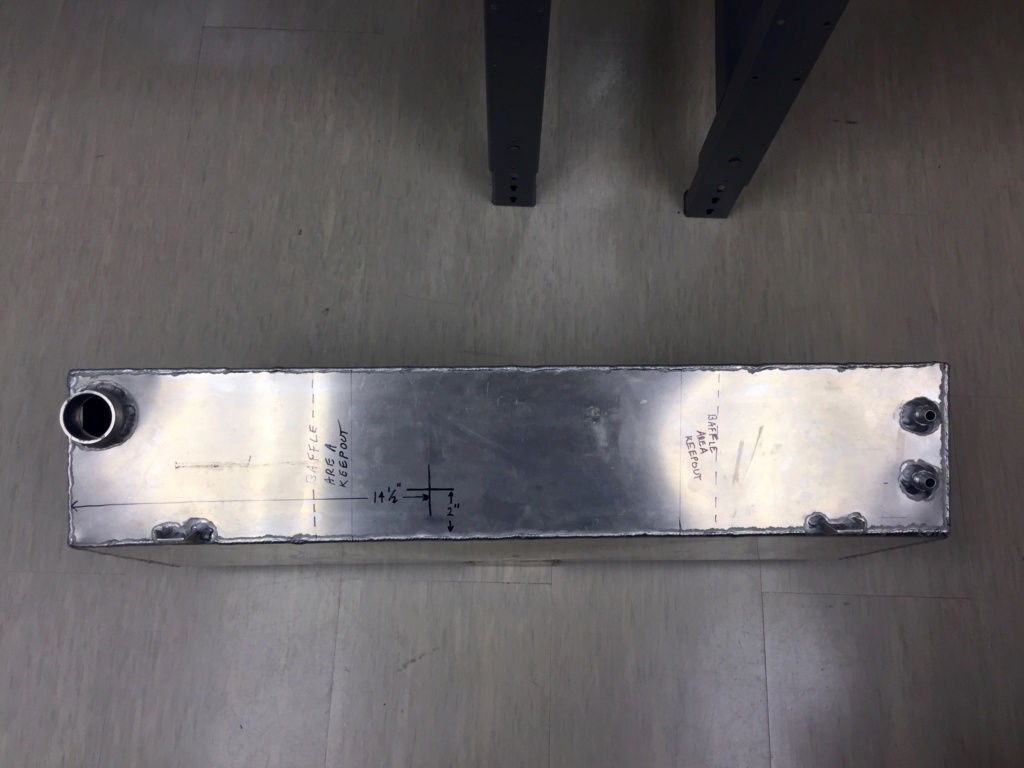 Time to mark up the tank. The position of the baffles can be estimated from the weld marks on the front and rear of the tank. We confirmed the position visually using a small inspection camera inserted through the filler neck. 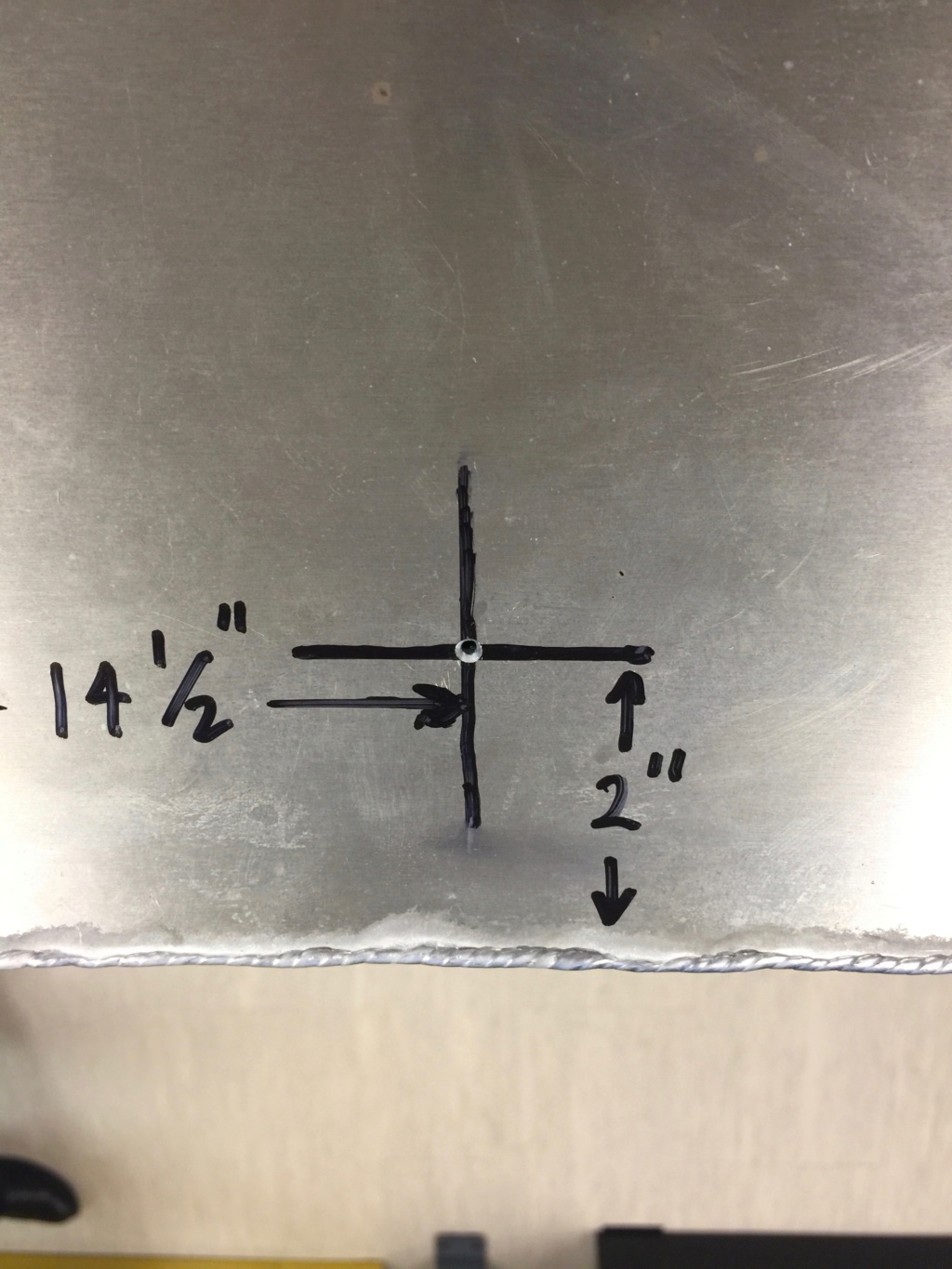 Pilot drill the center of the fuel sender hole... 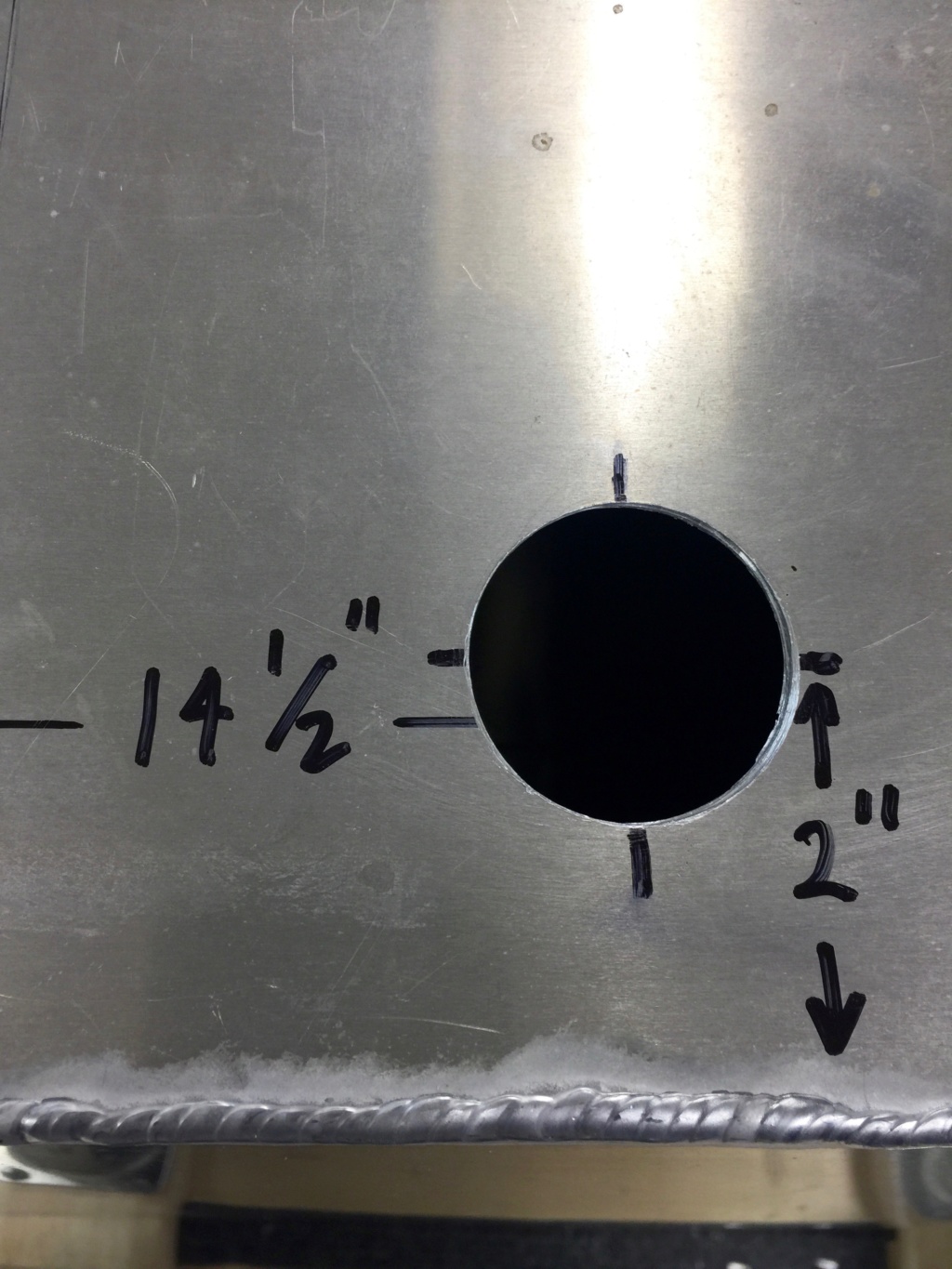 ... and complete the hole with a 1 1/2" hole saw. I used one from my Kobalt 7-saw set from Lowe's but you could just as easily use a step drill. Note that during drilling we held a shop vac nozzle next to the hole saw to capture debris from the drilling process and keep it out of the tank. At the end the vacuum caught the disk of leftover metal so there was no need to fish it out of the tank. 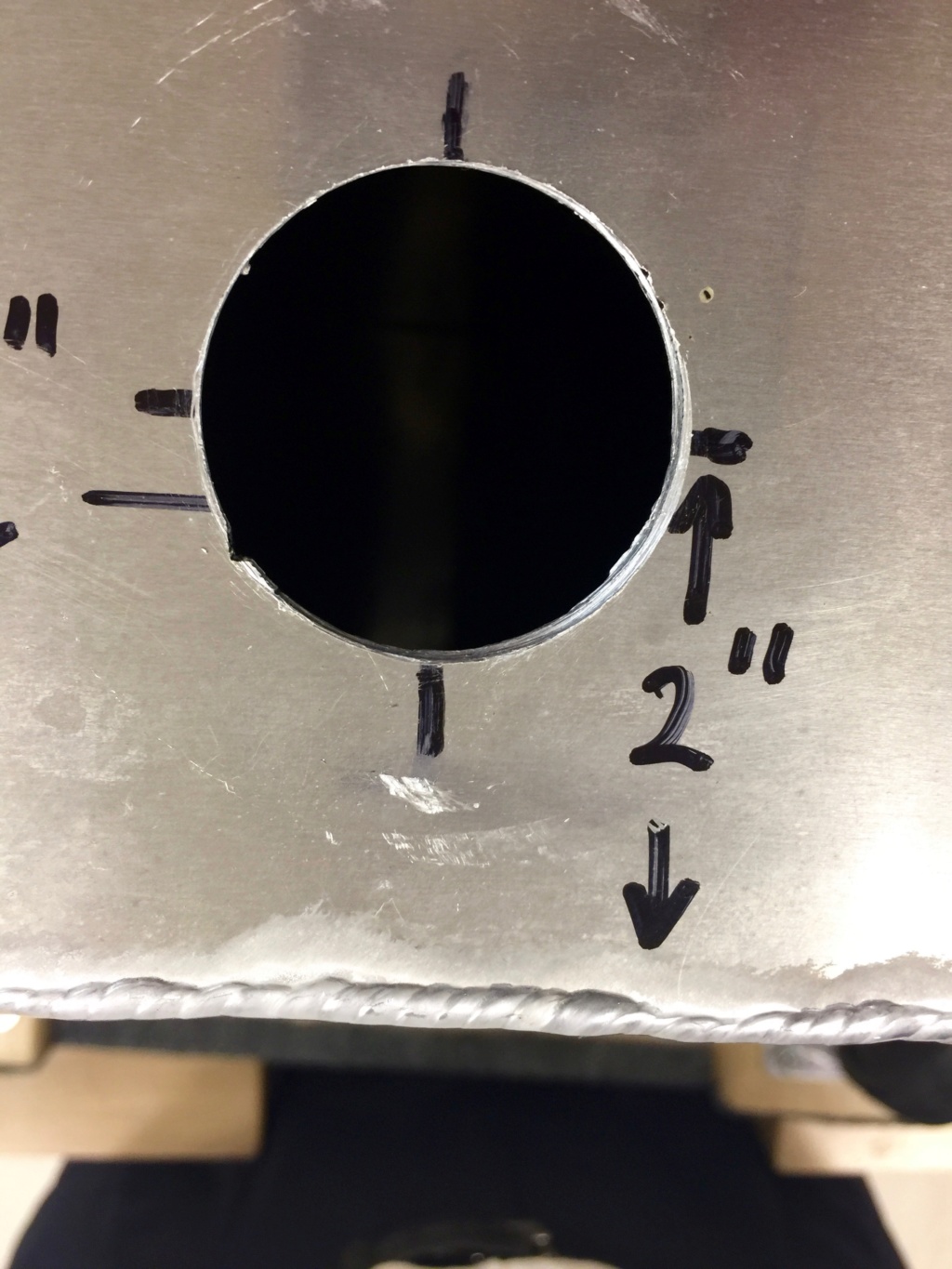 Cramming the entire assembly through a 1 1/2" hole proved to be a challenge. It's as tight as a gnat's chuff. We had to file a small notch to get the square edge of the switch through the hole... 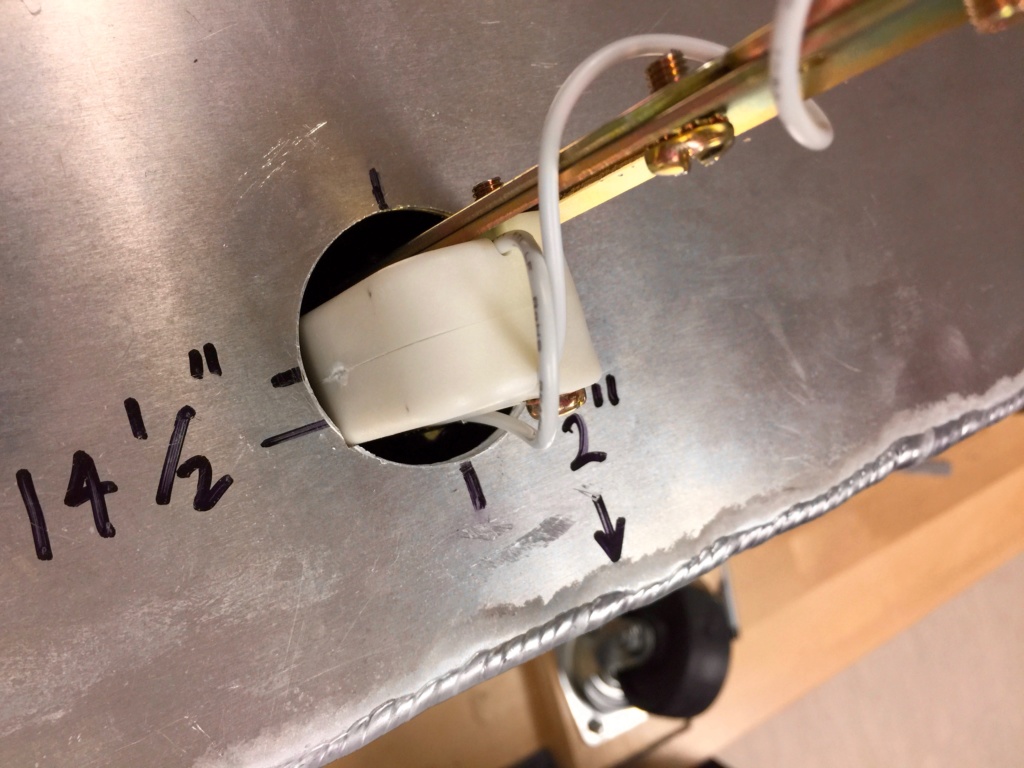 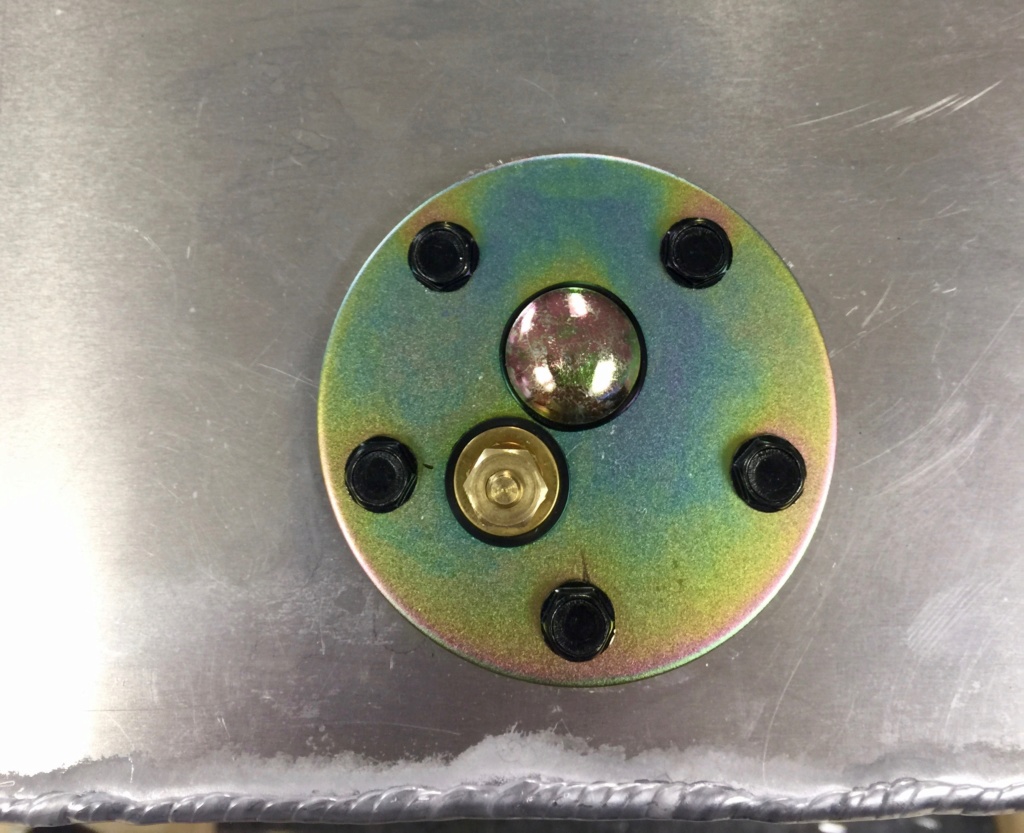 Rotate the assembly until the float arm is parallel with the front of the tank. Mark and drill the 5 holes for the self threading screws and run the screws through once  without the sender or gasket in place to prethread the holes, then assemble the sender onto the tank to test the setup. Using an ohmmeter to measure the range I can tell that my float is bottoming out because I don't reach the 250 ohm reading that I'd measured before assembly. The next step is to go back and confirm the step length. I'll do that over the weekend and report back. 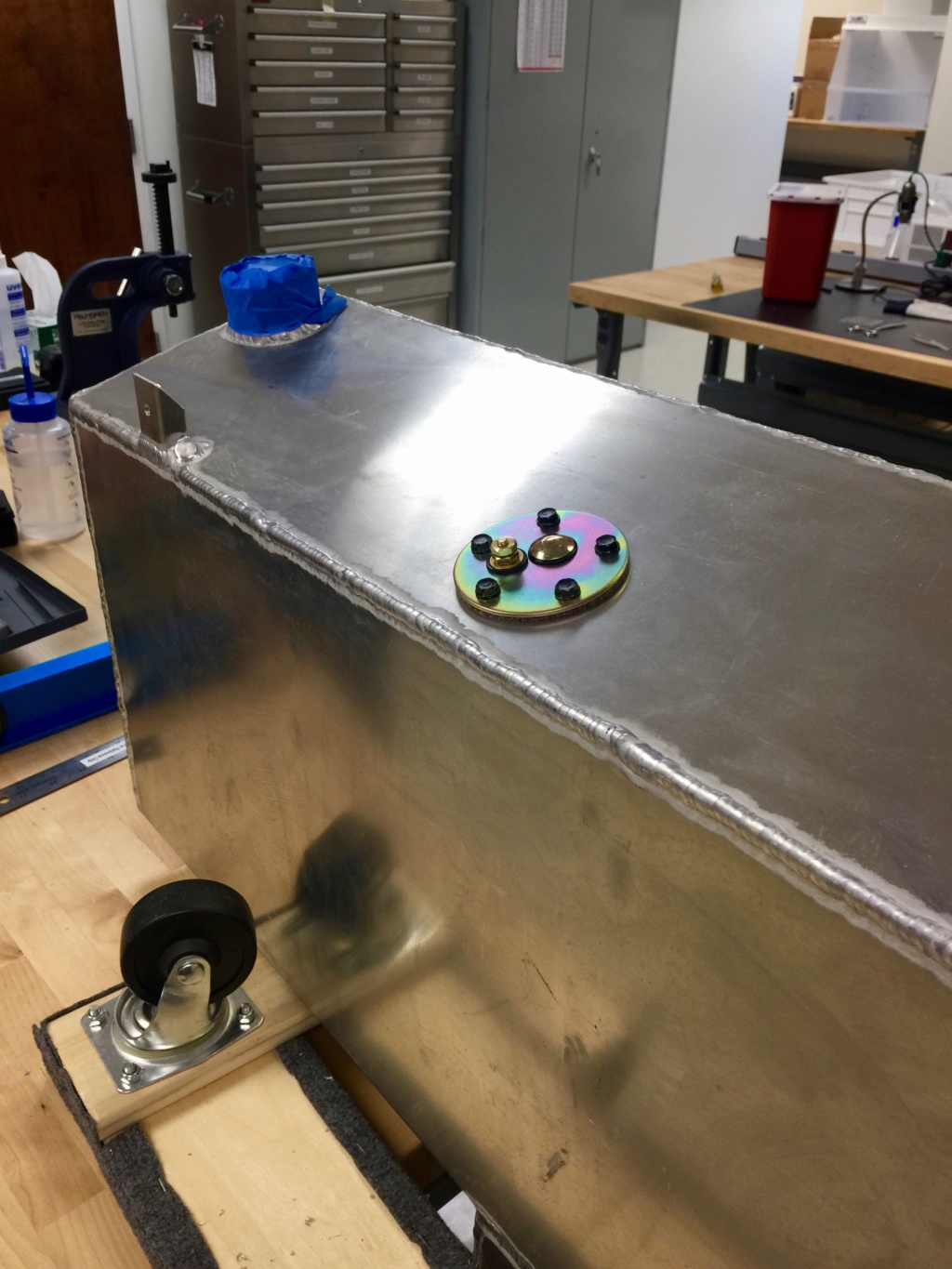 Doesn't look too shabby! As a note on the electrical installation, one side of the sender will need to be grounded (using the top plate), and the sender signal wire stud must be isolated from ground in order for this thing to do its job.

I'm sure you are or will be saving current and future builders a ton of time and money with your meticulous work and detailed exhaustive documentation. Bravo.