I started looking at this during the clutch pedal setup but put it on hold until after the pedals were installed. This is the Wilwood remote reservoir setup that ships with the kit. Because of the way my pedals are positioned, and because the car is not an XL, the brake linkage interferes with where the clutch reservoir would be if it were mounted directly on the master cylinder so the remote setup has to be used. Based on other people's reports of this being likely to leak, I wanted to confirm that the hose wasn't going to sweat brake fluid and that I was going to get a good seal between the reservoir and the mount. To make a long story short, the hose is Gates Adapta Flex and it is an EPDM hose and therefore (I believe) brake fluid compatible. In fact I ordered a short length of Pegasus Auto Racing's brake fluid compatible hose only to find that it too is Gates Adapta Flex. So I'm leaving the hose as it stands for now. 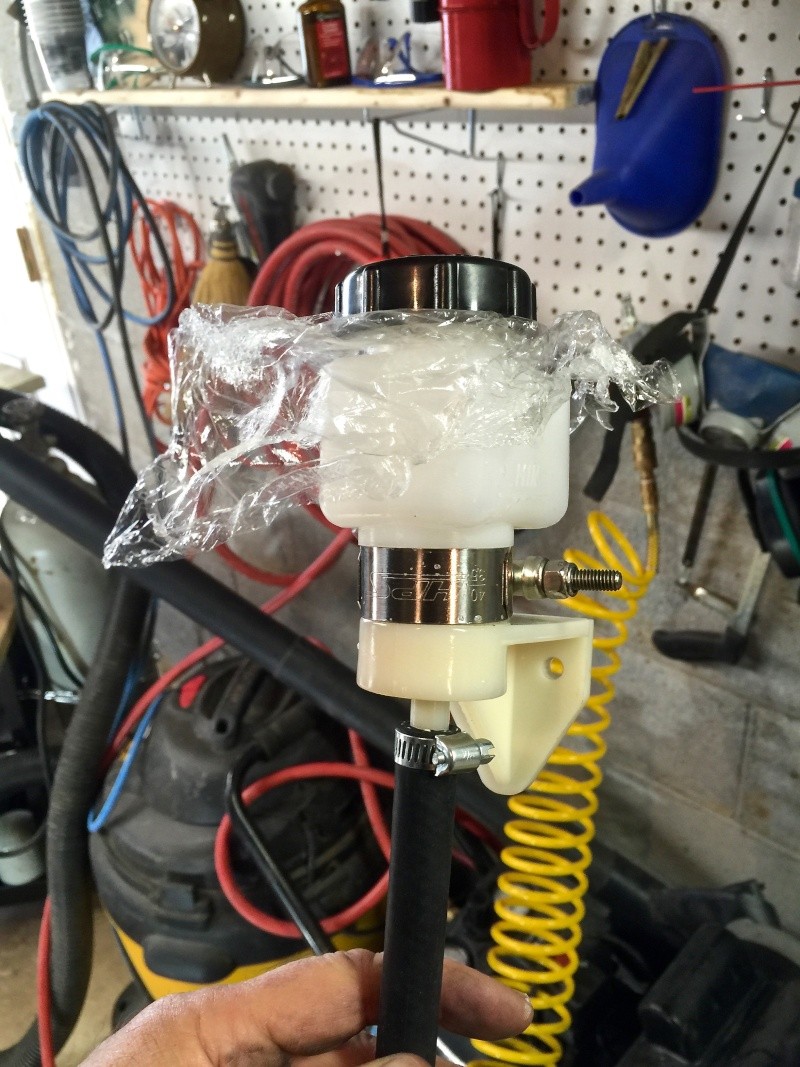 To assemble, I warmed both the reservoir and the mounting bracket with a heat gun, slipped on the clamp and then pushed the reservoir over the mount. Note that I replaced the stock hose clamp with an HPS stainless T bolt clamp, part number SSTC-35-40. This is the 35-40mm version of the clamp and it's a good fit but I had to tighten it well down to the lower end of its range to eliminate leaks. 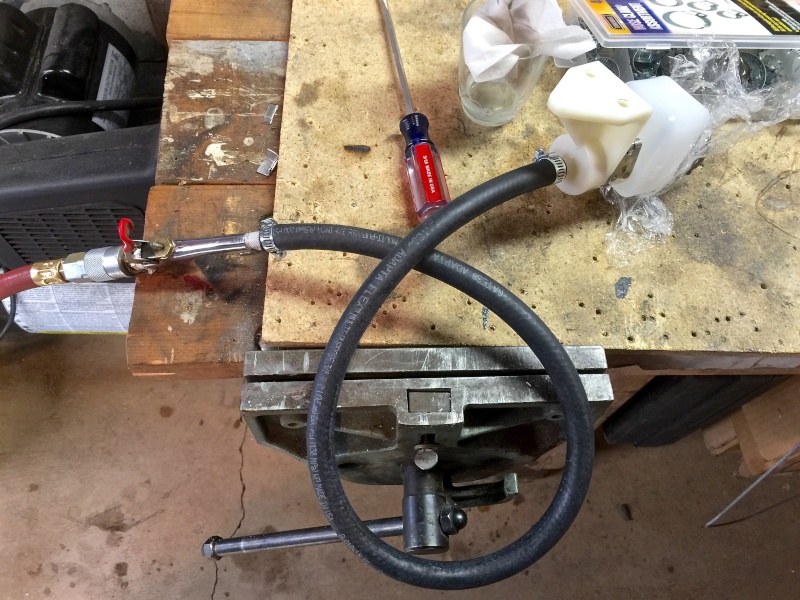 I did a pressure test similar to the one XL22 describes in his build log.  A piece of saran wrap under the lid seals the vent hole and I used a blow nozzle attachment and a hose clamp on the other end of the hose to apply 25psi of compressed air to the assembly. At first it failed the soapy water test but after I tightened down the HPS clamp it sealed up like a charm with no bubbles noted around the base. I need to get another of those clamps for the other end of the assembly where it mounts onto the clutch master cylinder. 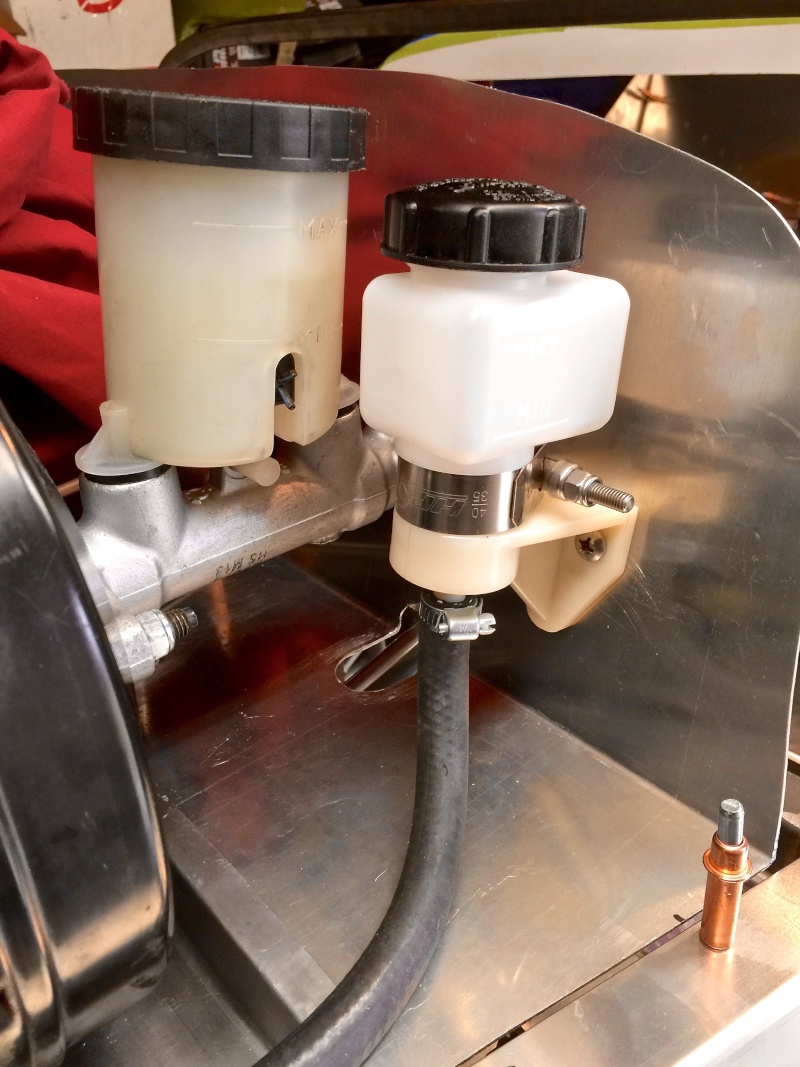 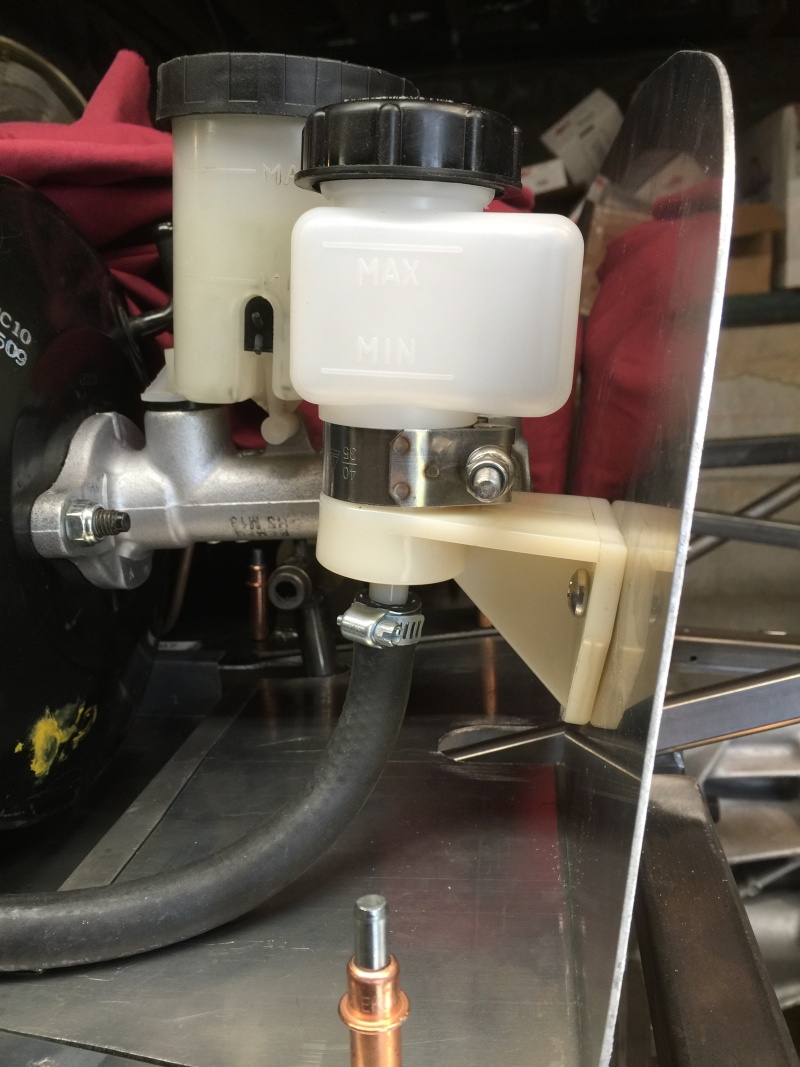 Mounting the reservoir to the firewall does have the disadvantage of angling it slightly so the sight lines for max and min will not read perfectly but mounting it next to the brake booster would have been a bit of a squeeze.

I fitted the master cylinder end of the remote reservoir using the same sized T-bolt clamp as I used on the reservoir itself. The O-ring that shipped with my Wilwood adapter kit was a strange size: too thin, too big a diameter and somewhat misshapen. I bought what I thought was the right size EPDM item from Mcmaster only to find that it was too thick and the remote adapter wouldn't fit over it. So for the sake of test fitting I wound up using an undersized viton O-ring that I had on hand and I'll replace it with the corresponding sized EPDM O-ring during final assembly. 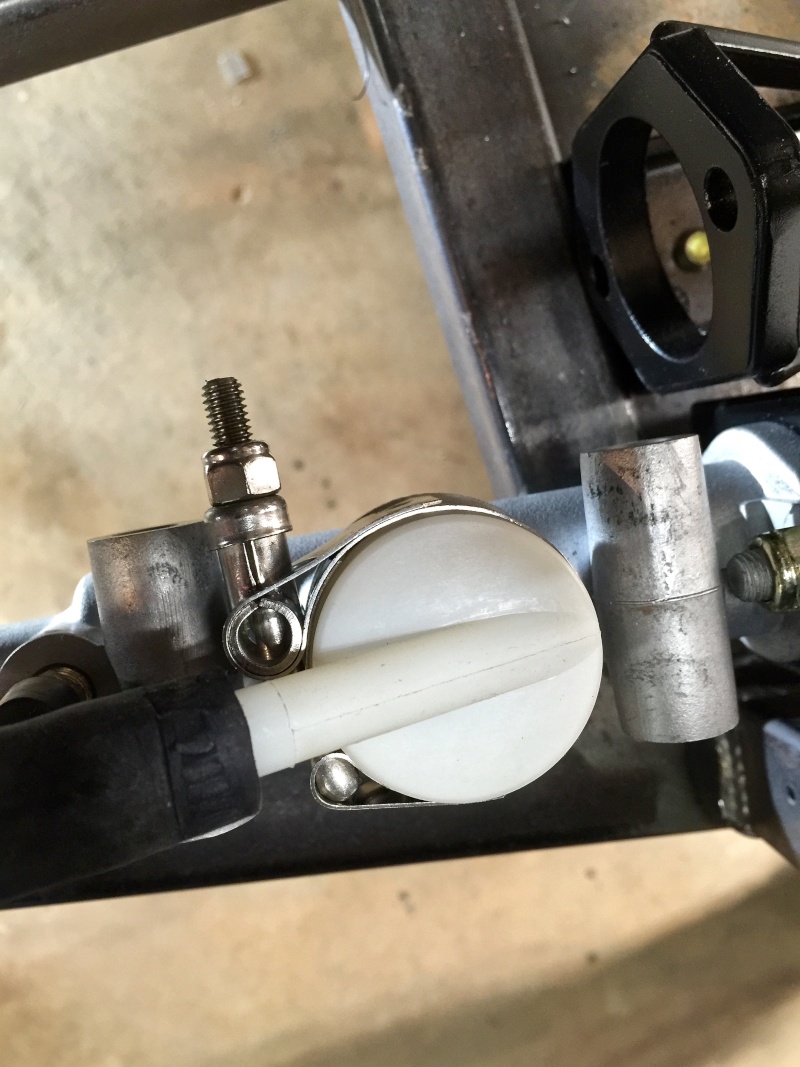