Another strike against my faith in humanity

Another strike against my faith in humanity

While investigating the source of a transmission fluid leak, I removed my shifter boot & trim ring recently and found this: 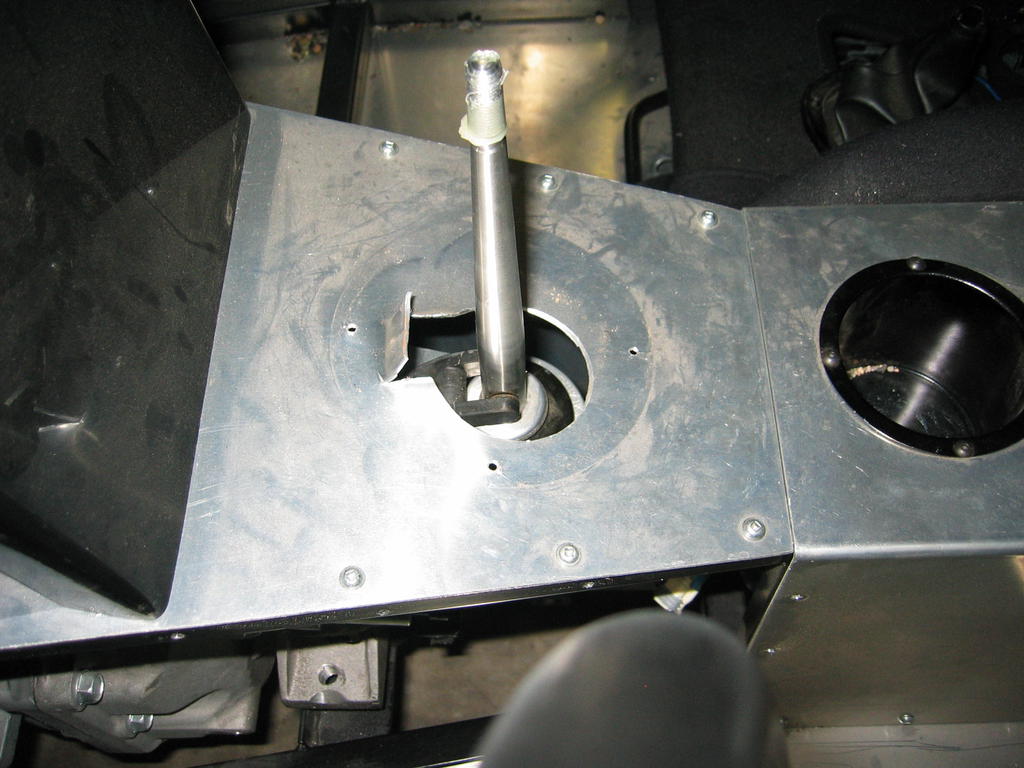 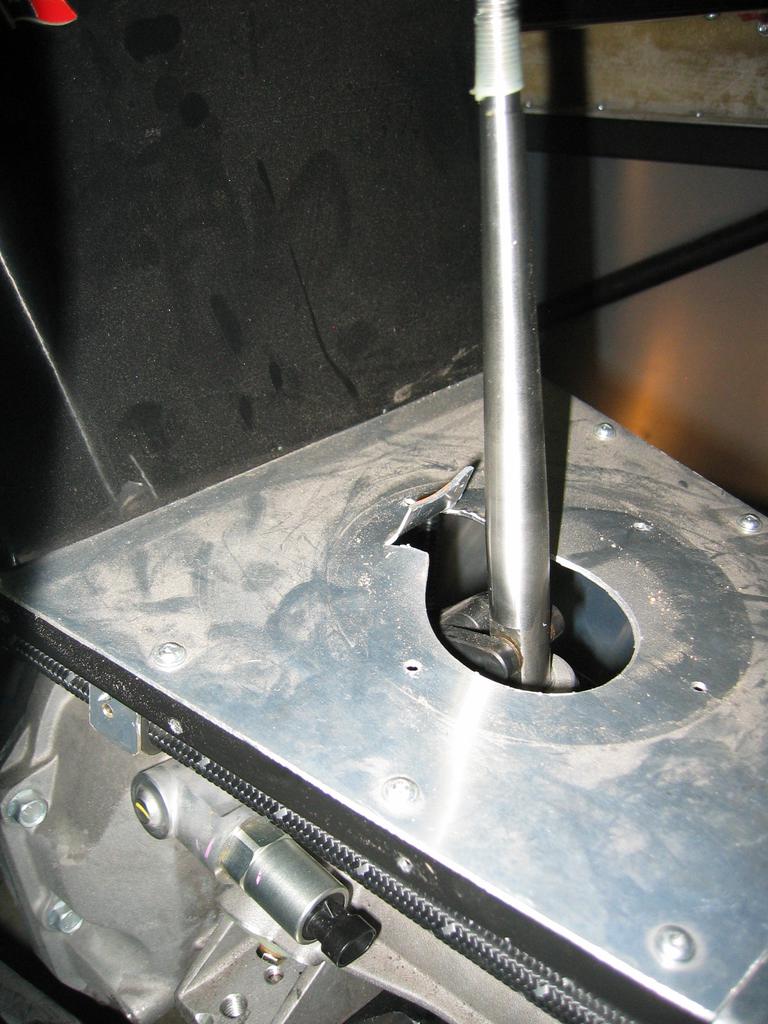 Then, I bent the tab back down: 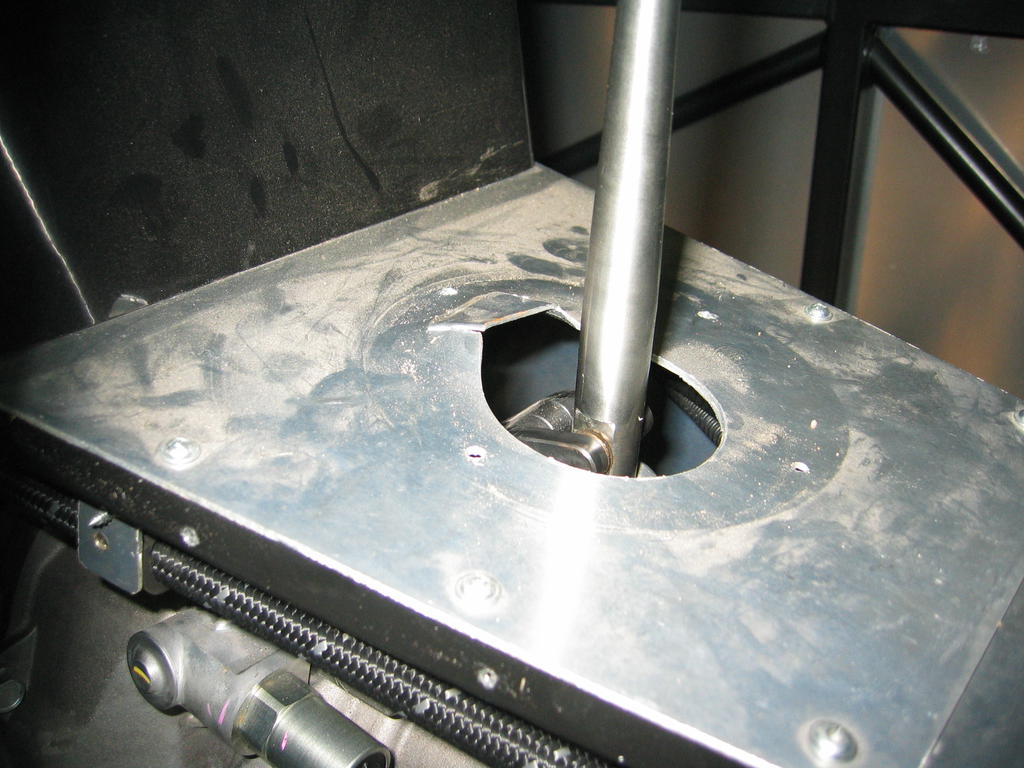 It's clear that someone used a long object (wrench handle?) to first attempt to bend the tunnel top upwards, and when that didn't give them what they wanted, they took snips to it.  I have no doubt that it was snips because the cut is clean and there are signs of two cutting strokes on each side.  There is zero chance that the shifter rod somehow moved forward 2 inches and tore a clean & parallel channel.

So many questions come to mind...

Why? No idea...My only guess is that someone really wanted to see what type of shifter I was using.  Nothing else of interest is visible from that location.  Or, it was just plain old vandalism, but hold that thought...

When?  No idea...There are only a very few times when my car has been away from me long enough for this to occur: while it was getting painted, but it was locked in their shop the whole time, and I really don't think the painters did it.  They are a reputable shop.  The only other time would be LOG35 or the caravan there & back.

How/Who?  This one is interesting...The shifter boot trim ring comes off with a tiny hex wrench.  During re-install, it only fits one way (because the holes in it aren't perfectly 45 deg apart), and it usually takes me two or three attempts to get the screws to thread into the holes.  The cut & the tab were made such that they were completely hidden under the boot, which oddly means this was done with some degree of care.  It would take a good amount of muscle and/or a long wrench to bend that sheet metal before they cut it, and you need fairly strong hands to use the tin snips on that thicker sheet metal.  So, the tool list is/was: tiny hex wrench, tin snips, wrench, and they had the patience, time, and wherewithal to reinstall the trim ring & boot well enough that I wouldn't notice.  That doesn't sound like your average vandal to me.  This was someone who has a reasonably good tool set, possibly had scouted the car beforehand to know what to bring, and had 30-45 minutes to do it.  Honestly, I feel like it was during LOG because a guy messing with a car with a tool-kit nearby wouldn't look out of place at all - quite normal, in fact.

Nothing else on/in the car appears to be damaged or otherwise compromised, other than the fact that it was a transmission fluid leak from the top of the shifter that triggered my investigation here, and bear in mind that this leak started after 800+ miles.  Now, I have to wonder if excess leverage against the shifter while they bent the sheet metal upwards damaged a seal.  Or, maybe it's a leak for a different reason like a bad gasket...I think I remember something about the how the Sikky shifter (previous generation) had a bad seal that resulted in a redesign, but since I do have the updated design, it doesn't seem likely that the Sikky seal would be leaking.

I've come to accept that I'll probably never know what happened here.  The action I'm faced with is resolving the transmission fluid leak; it's disappointing because my track day yesterday was cut short due to this leak (no spillage onto the track surface, thankfully), which also means the car has yet to make it all the way through an HPDE day, and not because of the car, but because of something a human did to the car - unless it turns out that I screwed up the gasket goo or failed to torque the shifter plate bolts.  I had been looking forward to a break from the garage, so I'll probably poke at this pretty slowly.  Off I go to remove the windshield, scuttle, dash, and tunnel top...more to come later.

So you got your new rear LCA's on?

Would it have been possible that the shift rod from lever to trans came up into that sheet metal when you did your off-track event in Colorado, and bent up and tore that ??

I briefly considered if/how the shift rod could tear the tunnel top, but the cuts are too clean and too parallel to be made by the shifter rod. Plus, the whole transmission would have had to slide forward 2-3", which would mean the transmission & engine mounts would have to rip free.

New LCA's are installed, aligned, and everything is/was good there.  Scott redesigned the rear LCAs by adding a cross member, and on the pushrod mount, he replaced the double shear bracket with a threaded sleeve welded into the LCA, which requires a longer pushrod, but those are cheap so no biggy. 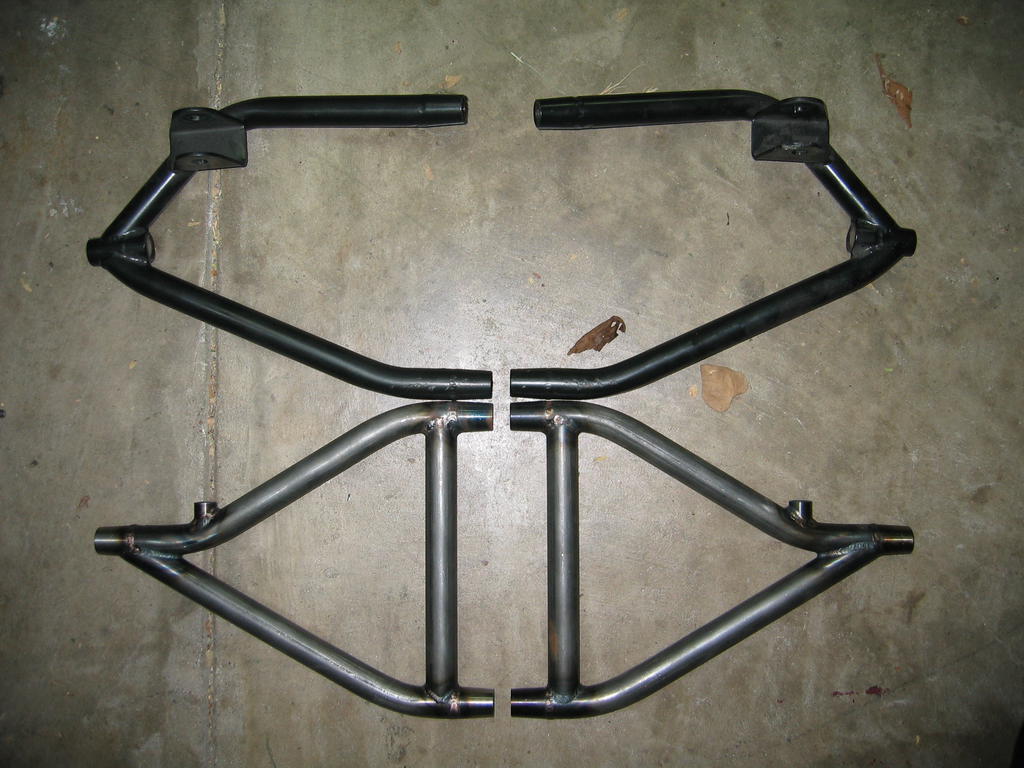 Maybe that's what it took a previous owner to drop the engine and transmission cleanly.

carguy123 wrote:Maybe that's what it took a previous owner to drop the engine and transmission cleanly.

A reasonable guess, but I'm the builder & original owner...

Similar topics
» Habitat for Humanity - ReStores
» coach strike
» Hi from Texoma!
» Trust in the Lord with all your heart” (Proverbs 3:5, NIV).
» What my 3,000-pound steer has taught me about faith.