The ultimate write and guide on LS cooling

The ultimate write and guide on LS cooling 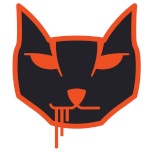 Re: The ultimate write and guide on LS cooling

A couple of items I noticed from that write up and from my own experience:

Data Point #1
During 90F degree days on track (road course), I'm seeing coolant temps in the 240+ range on track.  With the backward angle of the radiator and surrounding gaps to the hood, I have to think that some of the air is going around the radiator instead of through it.  The article mentions that a best practice is to ensure good airflow through the radiator, so I think I'll try sealing up the gaps with some foam to see if that helps reduce on-track coolant temp.

Data Point #2
Around town, it seems like 200-210 is about as cool as the fan can get the coolant, and the fan really doesn't have the ability to cool the car off after a track session.  With the fan running (pusher), I can only feel a slight breeze on the engine side of the radiator, and I'm 95% sure the fan blade is oriented correctly.  The fan just seems a bit underpowered to me.  Looking at the Sherco website, it lists the 80W fan as being able to produce 2383 FCM @ 7.8A, which after researching other fans this afternoon, I'm now thinking is a gross exaggeration.  Other 80-90W 14" low profile fans I've found are more like 1500 CFM.  I'm considering looking for a higher wattage fan, like 150W or 200W, basically the max wattage that my ~10' of 14 awg wire can handle.  Zirgo & Spal have some that could work, and there is also an interesting ebay fan that lists 3000 cfm @ 15A, but I'm sure that CFM rating is a bit exaggerated too.

--
Across the board, Spal seems to have the lowest CFM rating vs its competitors for a given fan diameter, but I'm not sure that means much.  Here's a video where a guy compares a Zirgo & Spal 16" fan, and even though the Zirgo has a higher CFM rating (3000 vs 1900 CFM for Spal), the Spal fan outperforms it in this highly unscientific test.  As another data point, the two 16" fans from Zirgo & Spal I looked at (not for my car, but as a reference point for the following video) showed 7.5A for the Zirgo fan and a whopping 21A for the Spal.  Now, I don't know if the two fans I looked at are the same as the following video, but you can hear for yourself in the video that there is a definite difference in fan RPM, where the Spal seems to operate a much higher rpm.  That suggests to me that the Spal fan is operating with greater current draw.

Methinks that CFM ratings are being significantly manipulated, miscalculated, or are otherwise inaccurate.  Obviously, wattage isn't a great measure of performance either since there can of course be differences between wattage and motor efficiency.  A happy medium between CFM & wattage is probably what I should look for.